The graphic signature of the City of Vaudreuil-Dorion is its only formal identifying mark. It was designed to be distinctive, easy to recognize, and adaptable to all methods of reproduction.

The two distinct logos have been replaced by a V and a D that have now been merged. The City's new logo is designed with a look that is both sleek and dynamic, making it practical and flexible in its use. It is designed to stand the test of time. The visual identity offers a wide range of colours, variations and options. The blue and green were maintained but were given a new tone that is more striking, with an intensity that better reflects the image of the City. The V for Vision expresses Vitality and Value, while the D stands for sustainable Development, Diversity and Dynamism. 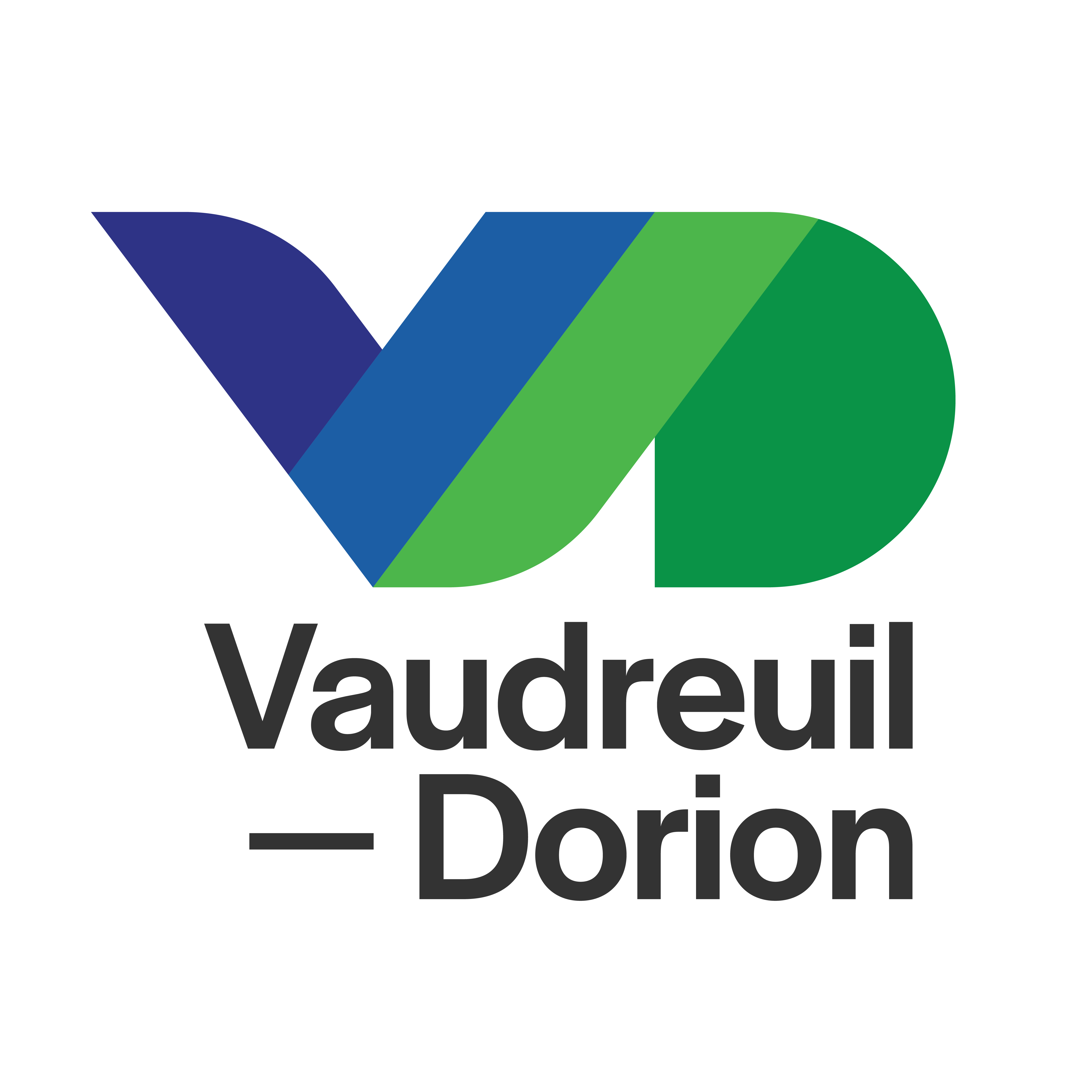 The graphic charter is built around a main version of the logo and a typeface. The graphic elements that go along with it offer several variations and possible options, all while remaining consistent in its many conceivable applications.

Use of the logo

The City of Vaudreuil-Dorion holds exclusive copyright in the logos of the City and of the “Je suis...” project. These logos are also protected by the Trade-marks Act. No use is permitted without the express written consent of the City.

For questions regarding use of the City logo, please contact the Communications Department at communications@ville.vaudreuil-dorion.qc.ca.

The graphic signature is made up of the logo and the name "Vaudreuil-Dorion". The logo represents the two old municipalities (Vaudreuil and Dorion), amalgamated since 1994.

The City adopted the tagline L’Avenir est ici! (“The future is here”) to express its vitality. These words aptly reflect how the municipality has grown and developed over the past years.