A new pilot project targeting the security of residential neighborhoods. 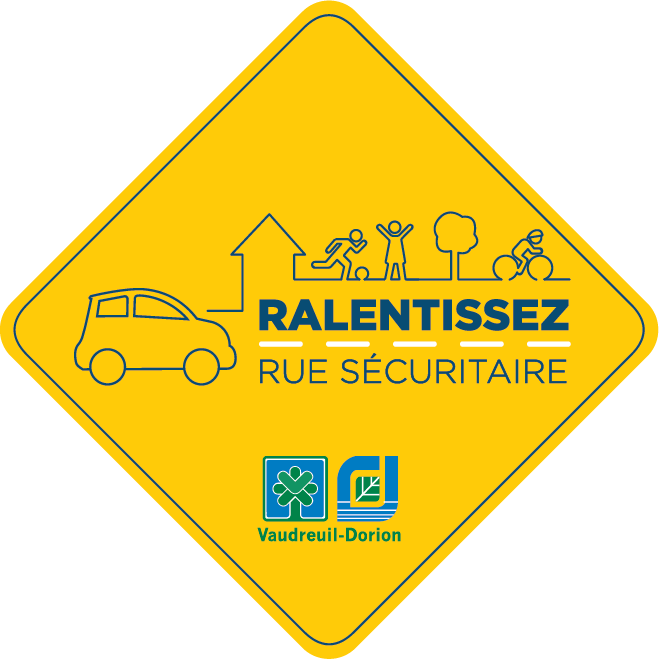 The Rue Sécuritaire initiative is based on a commitment by 66% of residents to drive slowly in the presence of pedestrians, cyclists, children playing in the street, etc. In addition, there are streetscaping plans to reduce the speed of all drivers and promote awareness of other users.

For a street to benefit from this program, it must meet specific criteria, starting with a request by a resident of the street. The process has five steps.

1. Check if your street is on the list or map of eligible streets

The City has preselected certain streets or groups of streets that are eligible for the Rue Sécuritaire concept. To see if your street is included, just check the map or the list of streets.

To be eligible, streets must meet the following criteria:

2. Send a formal application to your municipal councillor and to our Public works department

The resident must complete the application form for Rue Sécuritaire designation (In French) for their street and send it to their municipal councillor.and to the Public works department by email at comitecirculation@ville.vaudreuil-dorion.qc.ca or in person at 205, Valois Street during opening hours.

In this form, the applicant must explain the reasons for undertaking the process and also obtain the support of at least three other residents.

Before taking the next step, the applicant's request must have been accepted. If the demand is accepted, the applicant will receive the engagement form necessary to the following step.

3. Enlist the support of at least 66% of residents of the street

Once your application is accepted, you must ask all the owners of the street to fill in the Rue Sécuritaire commitment form (In French), in favor or not, specifically to drive under the limit of 40 km/h. The application will be considered valid only if there is a commitment by at least 66% of residents..

The City will then install a planter in order to reduce motorists’ speed and beautify the sector.

The street will be designated a Rue Sécuritaire for a period of two years, after which the designation process must recommence.

Residents of the street must abide by their commitment and adapt their everyday driving habits when on Rue Sécuritaire. If necessary, the City can send reminders to the residents.

If your street is not on the list of eligible streets, but you’re interested in this program because you’re aware of some safety issues, contact your municipal councillor or the Public works department to learn about other options that may be possible in your area.

Thank-you to the City of Sainte-Julie for allowing the Rue Sécuritaire project to be based on their Rue Conviviable project.